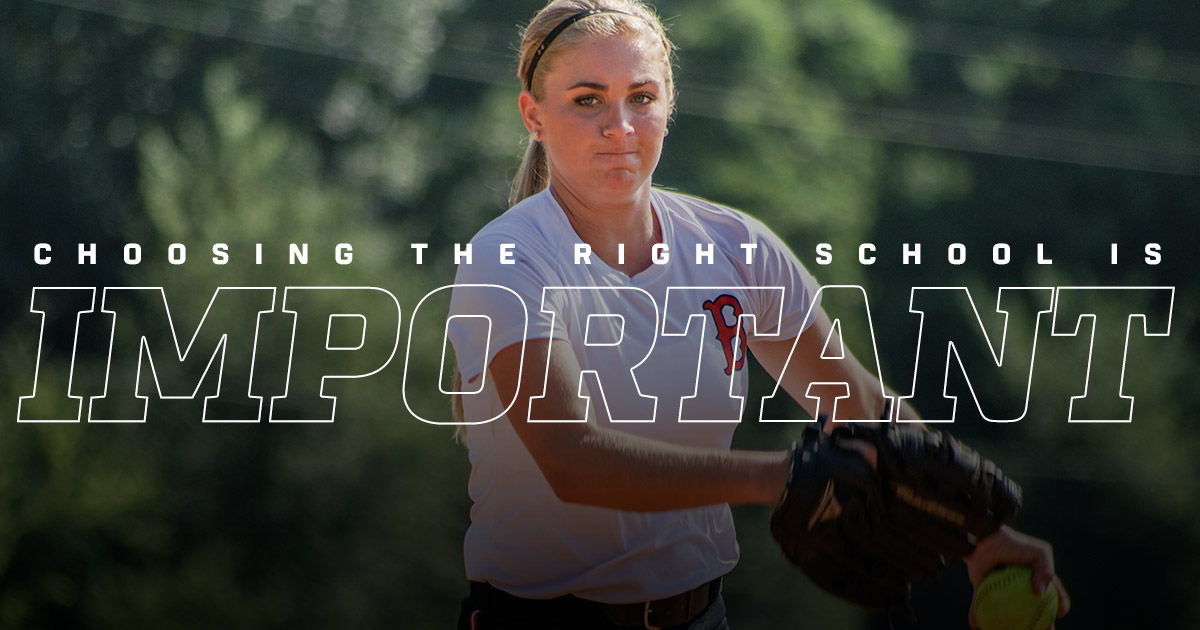 College is where life begins, are you choosing the right school for you?

It’s important to be careful and thoughtful when deciding where you want to go to college.  Besides degree programs, academic success, and finances, it’s vital that athletes take into consideration what’s going to prepare you to start your adult life.

Sometimes with all the excitement of choosing a college, knowing what’s going to prepare you better for the “real world” gets pushed behind the fun and thrilling experiences college will bring.

There’s no way of knowing how your playing career is going to develop. Every athlete hopes that they’ll stay healthy, free of injury, and eligible while making memories that will last a lifetime. All of that sounds easy enough, right? Well, even though we wish it were true, it’s not. Take this story for example:

A high school pitcher receives an offer to play at a school she always dreamed of attending.  Not just because it would challenge her athletically or offered her the most substantial amount of scholarship, but because she knew even if she didn’t succeed athletically it was going to be the best situation for her to grow into adulthood.

This athlete had a great freshman year at her university. She thought as a freshman she wouldn’t pitch all that much. She thought she would probably get some innings but would spend most of her time learning and gaining strength. That is not what happened at all. She pitched a lot more than expected, possibly too much. Due to injuries, she became the starter and the go-to in almost all situations. All of the playing time was great until it became too much and started causing her problems. She ended the season with some shoulder pain but thought that if she rested over the summer, it would go away.  Unfortunately, that didn’t happen and her sophomore season was a lot tougher.

Her sophomore season started out with a pitcher’s nightmare, a shoulder injury. She fought through the pain because she had to. However, by the end of the season, her pain was almost too much to bear. That summer she went under the knife to fix her shoulder and started the recovery process. Her surgery was pretty extensive because her bicep tendon that attaches to the shoulder tore completely away from the bone. In college, most shoulder surgeries require a year recovery period. So, athletes will usually receive a medical redshirt, so they don’t waste a playing year. So, for this athlete, what would have been her junior year was now going to be a year she sat back and watched from the sidelines or keep up with her teammate’s stats on a clipboard.

Her injury and the lengthy recovery process took a toll on her mentally as well. Things she once cared a lot about and focused a lot of energy on started to be neglected. Being out for a whole year or season feels like an eternity for most athletes.  Usually, it’s hard to feel connected with the rest of your teammates, which can cause you to lose focus on your priorities.

“Sophomore year I fought through pain on the field, but that was physically and mentally exhausting. My shoulder pain became the forefront of my priorities, and it started to show in the classroom. I lost focus as to why I came to this school in the first place, and that was to get a quality degree,” she said.

Finally, after getting cleared by the surgeon, it was time for her to start her junior year. She began practicing again and feeling healthy and then all of a sudden she started experiencing severe back pain. After another stint of therapy, the pain didn’t go away, and it was time to find out what is wrong. An MRI uncovers a tumor on one of her ovaries which lead to all of her back pain. This surgery is the second time she had to go under the knife, but after removing the tumor and the ovary, it was time to start recovery, again. This time she only had a couple of months before the spring season started and she didn’t and couldn’t miss another season.

That year though she did get a couple of starts once she was healed and even had some success. Her junior season may not have been the comeback she was looking for, but it gave her confidence going into what would be her fifth and final year. Her last year to play college softball no matter what.

She trains hard the summer before her senior season to get back her stamina and feels great going into the fall season. During the fall she does develop some minor pain in her wrist. Afte a few doctor’s visits she eventually has another surgery to fix some tendons.  It’s a small surgery to her standards, but it requires some off time for it to heal.

Throughout her time in college, a lot has been going on in her personal life outside of her life as a collegiate athlete. She’s been keeping up with her grades, so much so that she graduated before her playing career was over. The boy that she met a couple of years into her college career asked her to marry him. She’s been planning their wedding, being a full-time student and battling injuries.

Her senior season has started, this time with a new last name, and she’s hopeful that this will be the best season yet. Cross your fingers for her.

“If I was not at the school I knew was right for me, there is no telling how my story would end up.  When I chose this school, I knew it was going to mold me into a mature adult and also prepare me for life I have coming up after my playing days are over,” she said.

This athlete witnessed first hand how difficult it is to play in college. It’s not all championships and fun.

Why Choosing the Right School is Important

Even though she struggled, she knew that she had made the right college decision for her. Her story mimics many other athletes who fight injuries and their way back to the field or court of play. If you don’t make sure you’re choosing the right school, your story may not have this happy ending. In addition to being a student-athlete, you’ve got to grow into an adult and prepare for your life after college. So, it’s crucial to think about where you are going to excel as an athlete and in life.

“With all that happened to me in the last five years, I still look at it as the best time of my life because I chose the right school for me,” she said.

Selecting a school that’s going to prepare you for life isn’t a decision an athlete should make alone. High school coaches, parents, and trainers play a significant role in guiding and educating athletes on what path they should take. Make sure they know how important this decision is for their life after athletics.

At NSR part of what we do is help athletes through this process. We make sure they think about all of the things that go into choosing the right university for them. Guidance is a significant part of the recruiting process.  We want to make sure our athletes are picking the school that’s best for them, long-term. 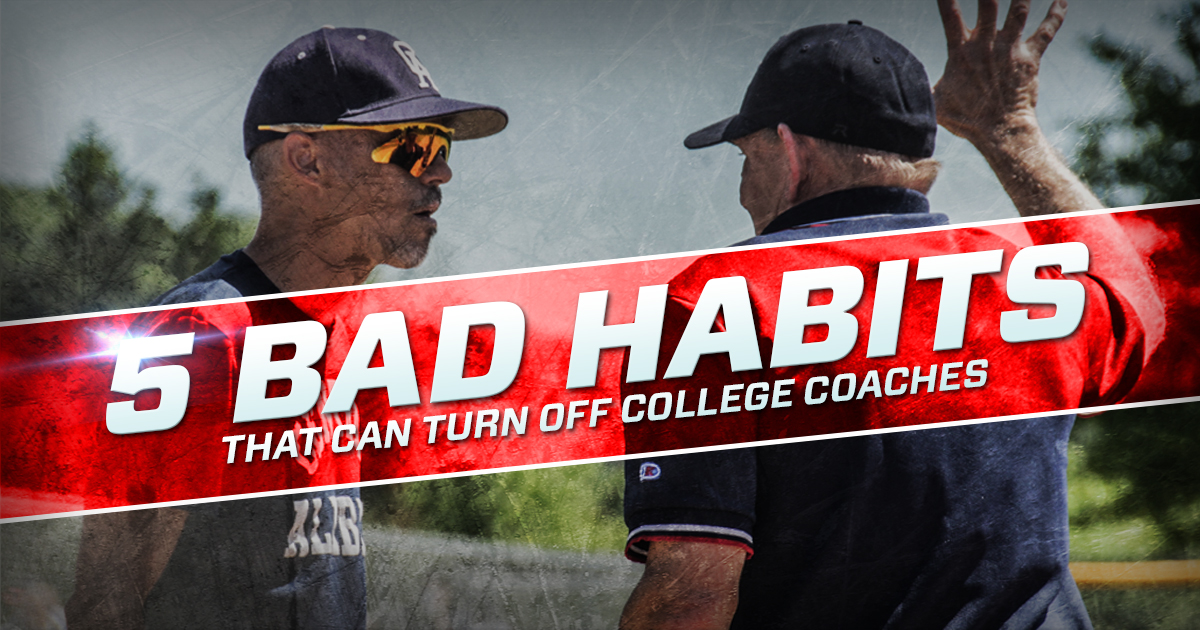 5 Bad Habits That Can Turn Off College Coaches 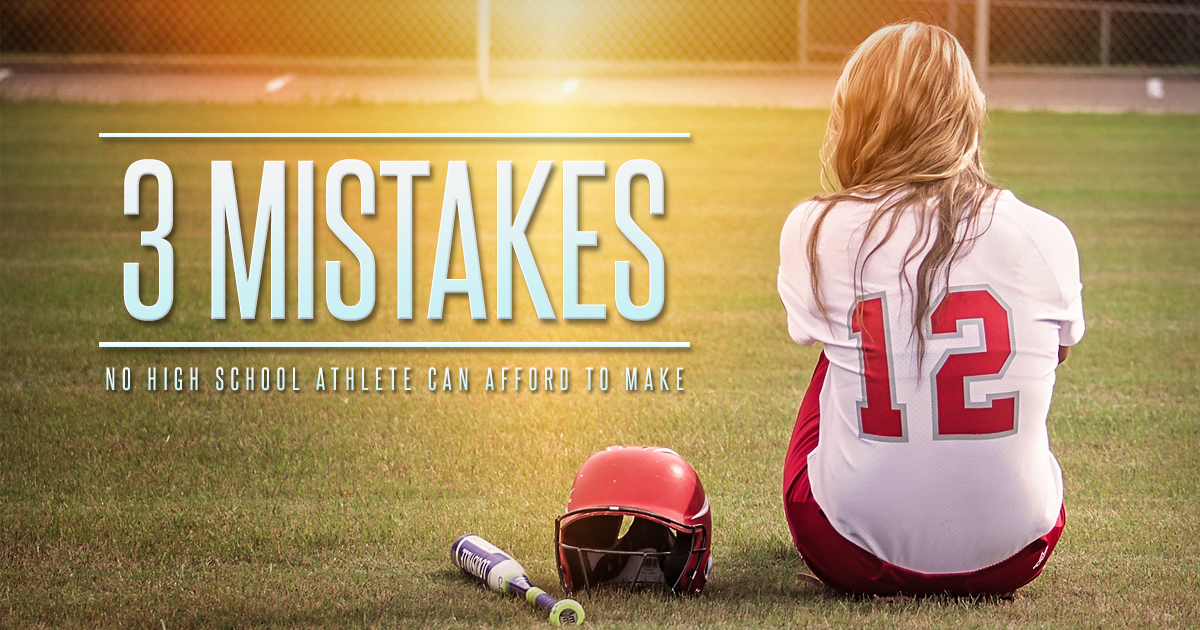 3 Mistakes No High School Athlete Can Afford To Make 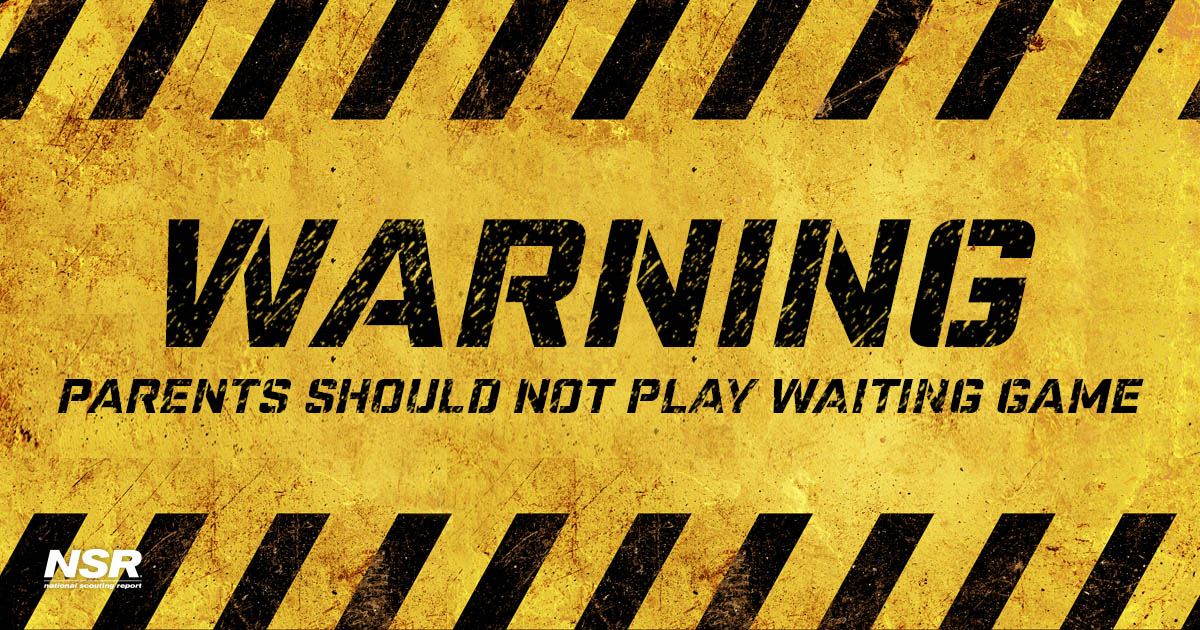 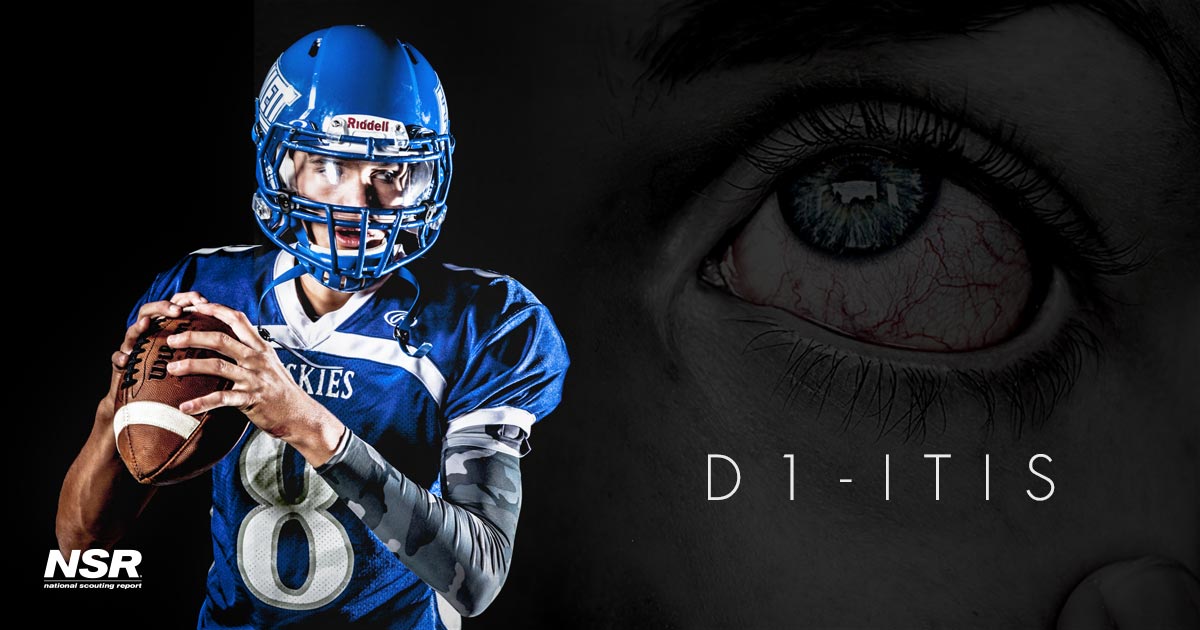