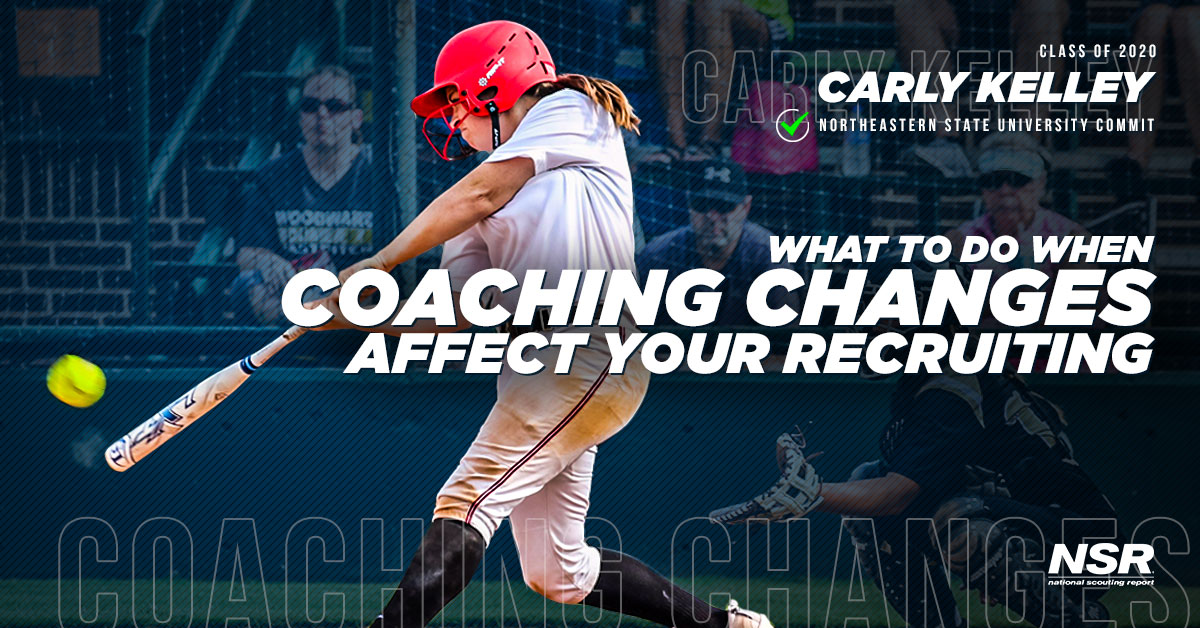 It’s every college softball recruit’s worst fear…what if I commit and there’s a coaching change? Will they honor my offer and commitment? Will I want to stay committed to playing for the new coach? Will I still have the opportunities I had previously if the coach I committed to leaves my senior year (of high school) before signing day comes?

These are all legitimate questions that every softball athlete in the recruiting process asks themselves at one time or another. But 99% of them will never have to deal with that stress. But 2020 3b/1b Carly Kelley did.

In December of 2017, I had a prospect of mine who is a pitcher from Oklahoma tell me about this kid who is 5’7″, 145 pounds, hitting the cleanup spot in the lineup, who hit three home runs off of her in one game. Her name was Carly Kelley, an Oklahoma Bomber (appropriately named) and from Carl Albert High School. As I did my usual research and asked around about the kid, it was pretty common knowledge that “you pitch around the Kelley kid because if it’s anywhere reachable, she’ll send it deep.” So, of course, I had to see it for myself. I scouted Carly at a camp and watched her smash the ball effortlessly, over and over. And then go to defense and outshine a commit at the camp, in her position. Afterward, I got in touch with the parents, Jack and Amy, to get more video footage, and it was confirmed, this kid is the real deal! After interviewing Carly and the family and qualifying her to be an NSR prospect, we hit the ground running. Of course, I always say “a scout’s production is only as good as the athlete’s ability to follow through,” and the Kelley family and Carly were perfect from day 1.

Getting Started with NSR 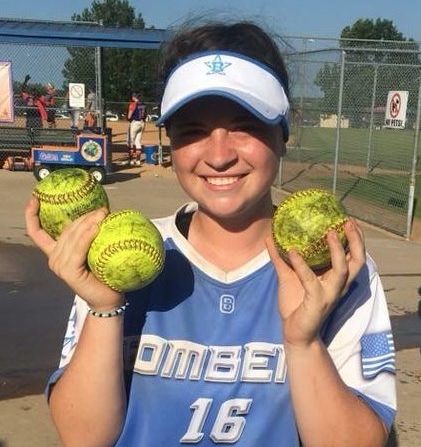 Within the first few weeks, Carly was getting a lot of well-deserved attention via text, email, calls, from the college coaches of whom, fit what she was looking for regionally, athletically, academically, etc. And within the first few months, visits, offers, and over the new few months, decisions to be made. You see, everything happened extremely fast for Carly in her recruiting because of a couple of essential elements to make the “in a perfect world” saying come to fruition for her:

Fast forward to June 2018, and Carly had found her perfect fit at Cameron University and committed! Everything couldn’t be better for Carly. And while a vast majority of kids either slow down the grind or maintain the pace they were at to get where they are, Carly Kelley was one of the rare breed few who took her grind to a whole new level. Carly continued her hitting streak of hitting 3-5 home runs in a weekend of 5 games (typically), and sometimes 2-3 a game and tallied up 69 career home runs by the end of Summer 2019. And Fall high school season added 11 more. Not only did she continue the “grind” in trying to get better daily. But Carly didn’t disappear on her scout either. She continued to update me weekly with home run videos, schedules, and everything in-between.

Back To Square One

August 2nd comes, and it’s the start of Carly’s senior year and BOOM, the Coach of the school she was committed to for the last 14 months has left the program and is going to another school, farther away. And although Carly loved this Coach, the new school was just entirely too far from home in where she wants to be.

Stop for a second and put yourself in Carly’s shoes. You went through the recruiting process for a solid 3/4 of a year and have been committed and had your future planned for the last 14 months. Now your senior year of high school rolls around, and you’re back at square one! All those questions from the first paragraph start floating into your head. Your parents, as well as you, begin the “5 stages of grief” basically.

So why did Carly and her parents not panic? They contacted me immediately, and luckily, I was aware of the situation ahead of time because the coach who left is a good friend of mine. So, Carly, her parents, and I had a quick talk to discuss opening back up her recruiting as well as what changes, if any, there were to her preferences and targets. The same day we had Carly on the phone with a few coaches, next day a handful more. Several visits scheduled within a couple of days and weeks. And by August 20th, Carly had made the decision to commit to playing for Coach Davis at Northeastern State University (NSU), a prominent D2 program in Oklahoma! 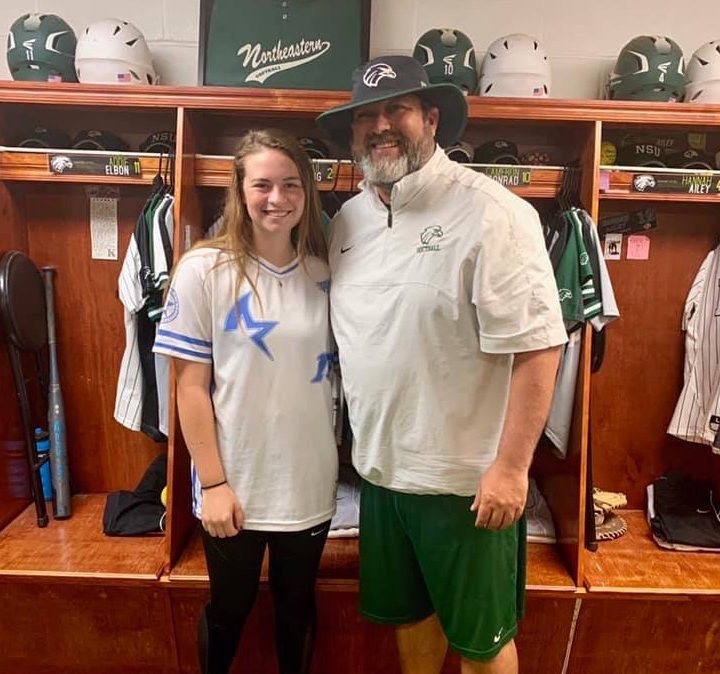 There’s an old saying that rings true with Carly Kelley: “How you do one thing is how you do everything.” From the beginning of her process, through the ups and downs of committing. Then having to open her recruiting back up and committing again, Carly Kelley and her parents were on the ball and trusted the process and roadmap their NSR scout had planned for and with them. NSR and I couldn’t be more proud of how this kid has handled herself and how the family handled everything, and couldn’t be more ecstatic to see her at NSU next year.

But as a College scout, I can’t help but feel bad for the athletes that have that happen and have to go through it alone! We all know the coaching changes that occur year to year in softball, and 75% of them couldn’t be predicted. I’ve personally heard the stress, the cries, and the grief from the athletes and parents alike when they’ve gone through a similar situation. And I couldn’t fathom going through that alone. I guess the silver lining as a scout is that Carly, nor any NSR prospect, will ever have to face that situation alone as they can always rely on their scout and NSR.

Congrats, Carly, Jack, and Amy! Can’t wait to see you as a Riverhawk!