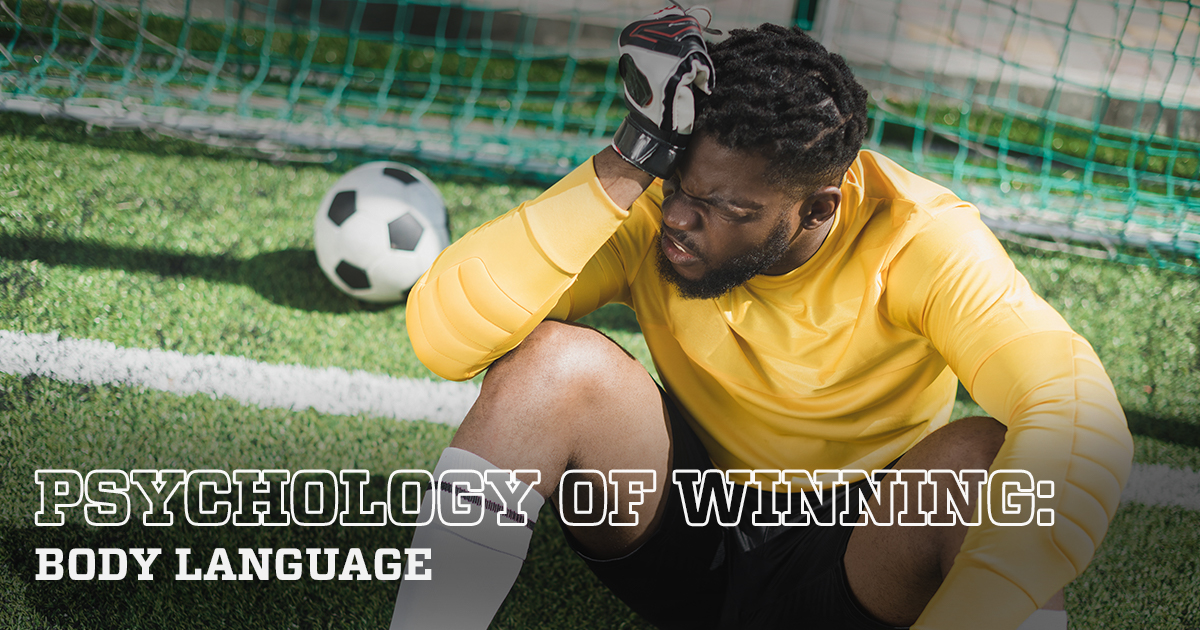 You see it all the time: athletes slumped over, heads down, emotions visible all over their faces. Bad body language has become a serious problem for high school and college athletes these days. And while athletes’ body language isn’t always negative, negativity stands out the most.

Deion Sanders once said, “If you look good you feel good, if you feel good you play good…” This quote is a perfect example of the impact body language can have on an athlete.

It doesn’t matter what the score is, spectators or competitors shouldn’t know who’s in the lead before they look at the scoreboard. Having positive body language helps athletes focus and improve their mental game. Also, an athlete’s mental toughness can be what elevates them from being good to elite.

“Fake it ‘til you make it” is a good way for athletes to keep working on their body language and mentality.

Dr. Amy Cuddy, an expert in body language at Harvard Business School, conducted a study on whether or not people could fake it till they made it. From her research, she found that our bodies can change our minds, which can change our behavior and ultimately modify the outcome.

“All kinds of outcomes are determined by nonverbal behaviors,” Cuddy said. “If you tweak your nonverbal behaviors in simple ways, in a short period of time, it’s going to make you feel more powerful through physiological changes in your body.”

In her study, she had people spend two minutes doing what she calls a high-power pose. Then they spent another two minutes doing a low-power pose. A high-power pose, by Cuddy’s definition, is a big, open, expansive stance. An example she refers to is Usain Bolt. When he wins a race, he opens his arms and reaches up to show pride and triumph. An example of a low-power pose is someone curled up, hunched over, looking smaller than they are.

After each experiment, they were instructed to fill out a survey, and give a saliva sample to see if the difference in body language had an impact on their behaviors.

Can Your Body Language Change the Outcome?

“Just doing this before going into a room does change your performance,” Cuddy said. “Not only does it change your hormones, but it actually makes you perform better.”

To test these findings, Cuddy put each subject’s power poses into action. She had them do two minutes of high and low-power poses before a videotaped job interview. The results prove that the subjects performed better and were more likely to be hired after doing their high-power pose.

“If you pose like that and then you go in, you’re much more excited about what you’re doing, and that’s what’s coming across,” Cuddy said. “The content doesn’t matter. What you’re saying doesn’t matter.

“If you believe in your idea and you can communicate that, that’s what matters.”

This approach proves the science behind body language and how it can help people with their performance. Being a winner is something all athletes strive to be. So, if being a winner is the result you want, and body language can affect outcomes, spend two minutes before a game, practice, match, meet, competition or whatever else, doing a power pose.